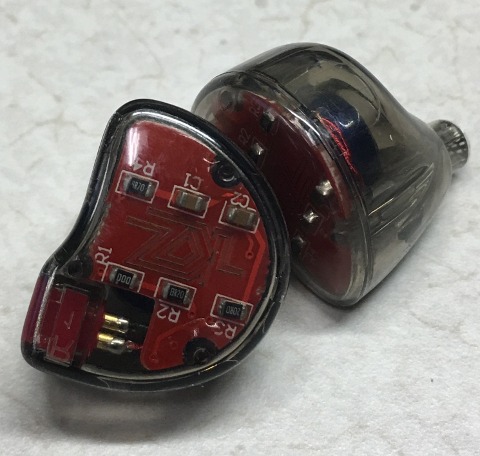 I’ve been on the Kz train awhile now and recently purchased the Zs10 in order to compare with the previous flagships the Zs5v1, Zs6, and ZsR. The hype surrounding the 10 has been strong as it is the first Kz to sport 5 drivers per side and also was to have a proper cross-over which lack of has drawn criticism for some earlier models (Zs5v1 with its impedance of near nothing for example). I had hopes that this would be a step above what we had seen from Kz to date and at the pre-order price, figured I couldn’t go too far wrong for $42.
Packaging:I’m not going to spend a lot of time on this. Typical white box, sliding cover, plastic insert with buds in insert and cable and tips hiding underneath. Nothing exceptional or worth spending a lot of time discussing.Build:

The earpieces are 100% plastic and are extremely large by normal standards. The easiest way to compare the size is that the face of the zs10 is nearly the same size as a US quarter dollar coin and nearly a full cm thick at the bi-pin connector. They jump to nearly 2cm thick at the nozzle. The nozzle itself is short, wide, and has no lip to retain the tips. On the upside, the star tips provided didn’t have any issues staying put on the nozzles once attached. Tips provided are the normal 3 sizes of star line Kz that have gotten a fairly good reputation. 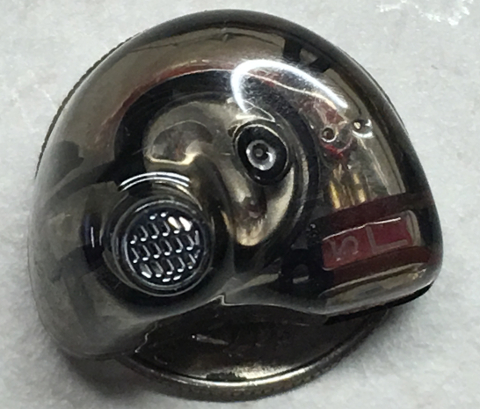 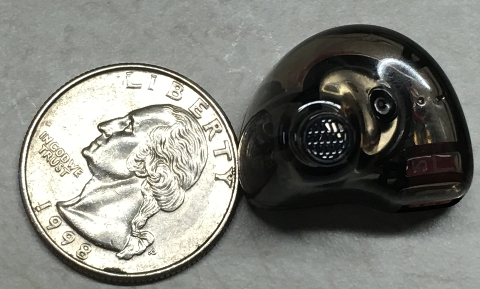 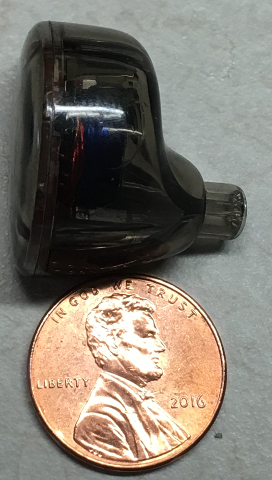 The Zs10 has two balanced armature drivers dedicated to treble, two more dedicated to mids, and the dynamic driver handling bass according to Kz media. The crossover harkens back to earlier days (Zn1) with 4 resistors and 2 capacitors clearly labeled on the exterior of the board. The inner side of the board seems to house the mount for the dynamic driver and the connectors for the wires out to all the drivers but no other active components. This will make experimentation with changing resistors or caps an easy option for those looking to mod the Zs10 which I am sure has already begun.

The cable is an improved version of what was shipped with earlier Kz models with one exception. The 3.5mm jack is a 90 degree model with adequate strain relief. A 4 wire braid exits the jack and runs to the splitter where two two-wire twists exit and head to the bi pin connectors at the far end. The one step backward on the cable is the strain reliefs where the two-wire cables exit the splitter were better on the old design than they are on this current one. The strain relief is only about 2mm long on this new model and is not sufficient to prevent a sharp bend in the cable at that junction that could cause a break. Overall, I like the new cable and think it is step forward from the old, but they should have retained the design of the older splitter. Above the splitter, no chin slider is provided and the connector ends do sport a memory wire design that will please some and have others reaching for the Xacto knife. 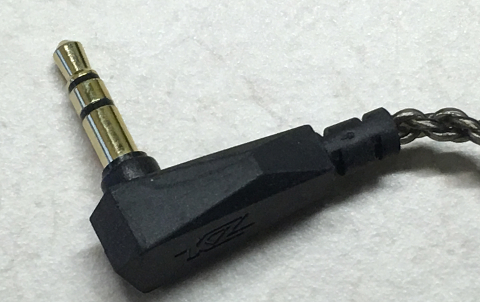 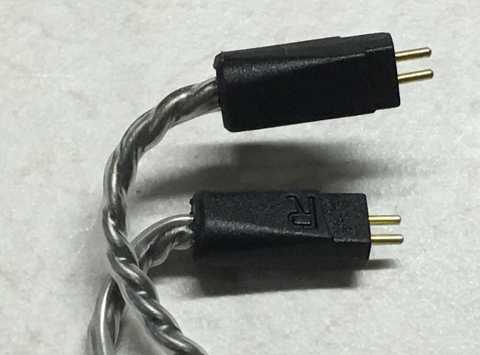 I did my testing with an I-phone, an HTC M9, and a Cayin N3 player as these are the types of devices most likely to be paired with the Zs10. I used my standard playlist of review tracks with all three devices to see if moving to a more powerful amp did anything to benefit the Zs10.

Bass:
Sub-bass is present in good quantity and has very good extension. Not basshead kind of rumble, but when the timpani hits you feel it. This is detracted from by a muddy mid-bass with a poor transition between the dynamic and the balanced armature responsible for handling mids. At times, both the dynamic and the BAs are overlapped and it makes for what sounds like bass bleed into the mids as it is a doubling of sound in that frequency range with two different attack and decay speeds that causes a lack of coherency. I did find that this “bleed” for lack of a better term was more pronounced with lower powered sources and amping did help but did not completely eliminate it. This is the first place I can see a modder adjust the cross over. Moving the crossover point of the dynamic downward slightly might eliminate this overlap or at least roll off the Dynamic enough in that register that it is basically masked by the BA.

Mids:
In my estimation the weakest point of the Zs10. The mids are recessed significantly and they do not move forward to equal the rest of the signature until well into the upper mids leaving all of the lower-mids and true mid-range well behind the rest of the signature. This causes real problems with presence and can lead to vocalists sounding distant and thin. When combined with the forward upper-mids, you get an odd dichotomy in which a male vocal sounds significantly behind a female during a duet. I found this on several tracks where it made for very odd instrument placement and vocal positioning. For something with dual BA drivers, I expected better.

Treble:
I haven’t been able to make this next comment in a Kz review in quite sometime. The treble on the Zs10 is well behaved and if anything slightly understated. Gone are the days of ear-piercing treble knives that we have seen in all the 1st generation hybrids from Kz. The treble has good extension and more air than expected without getting harsh or out in front of the rest of the signature. One of the advantages of earlier treble forward Kz’s was that detail retrieval was quite good. I am happy to report that detail retrieval has remained very good on the Zs10 without needing the extra treble energy to do so. This is easily the best feature of the Zs10 as far as I am concerned.

Here again, I expected more than I got. The Zsr has a larger stage than the Zs10 and manages to handle instrument separation and layering nearly as well as the Zs10 despite being several drivers short handed. The Zs10 does a good job with layering but the recessed mids and odd presence region make it very tough to call it pleasant or technically correct as you end up with instruments that normally sit behind others well out in front of them. If you don’t mind playing musical chairs with the orchestra positions, the Zs10 does a good job of separation. 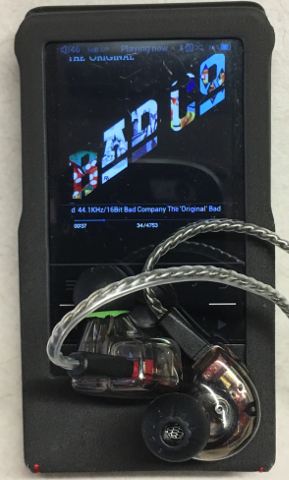 Thoughts:
Kz has obviously been busy working on new models and has listened to some of the criticisms of existing models in their development of the Zs10. From a technology perspective, I applaud Kz for taking on the challenge of building a 5 driver in-ear as I think it is good for Kz and good for the industry in general. If it helps drive prices of other multi-driver hybrids down, even better. I think the fact that they took on such a big task and managed to make a listenable iem that nearly matches the sound quality of its previous flagship (ZsR) is a good showing. As a stand alone product though, I don’t feel that the Zs10 succeeds in improviing on the sound quality of the ZsR. The mids are a step backwards and vocals suffer as a result. The cable is good and again shows Kz is listening to feedback but again suffers from some changes that didn’t need to be made. The Zs10 can be thought of as a series of compromises in just about every measureable category. To me, that isn’t the description of a flagship.