The Ovevo Q62 is another in a string of Bluetooth reviews I have done of late. The Ovevo retails at roughly $50 so I have higher expectations of what it should be when compared with some less expensive models. The packaging is commensurate with the cost and is well laid out. The box is typical of the western style with details and illustration to show what the package contains, When opened a box at the bottom contains the accessories, while a foam cutout above that holds the charging case. 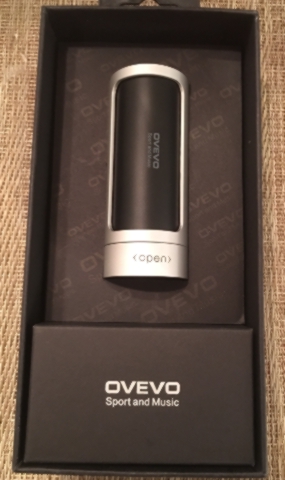 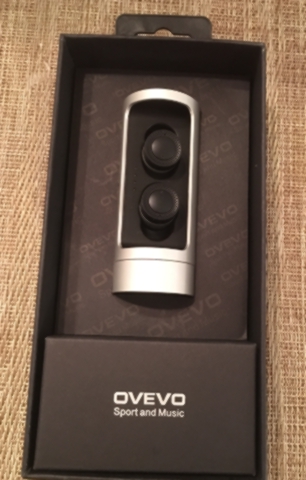 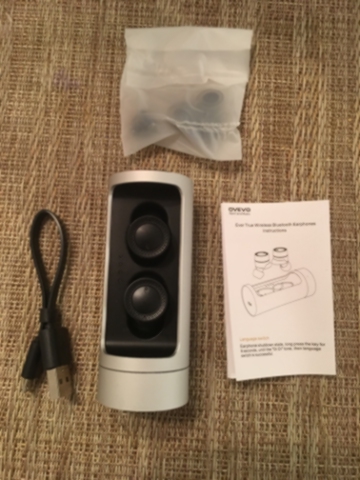 The Q62 buds themselves are hiding inside the tube/case. The outer tube is brushed aluminum and rotates around the inner case to reveal the buds. Buds are held in place magnetically and have brass pads to connect to the charging system. 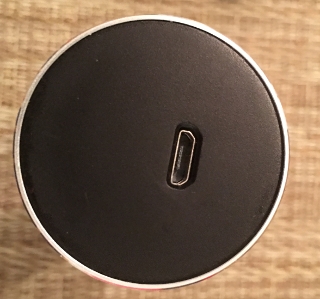 The earpieces are a tube about 2/3 of an inch in diameter and roughly ½ an inch tall. The rear of the earpiece has a slight flare to act as an earhook and when placed in the ear a quarter turn counter-clockwise acts to lock the bud in place. The inner surface of the buds have a very clearly marked R and L to identify proper alignment. A single large button takes up most of the outer surface and operates as the on/off and pause functions. Volume control has to be done on the source as no provision is made for it on the unit itself. 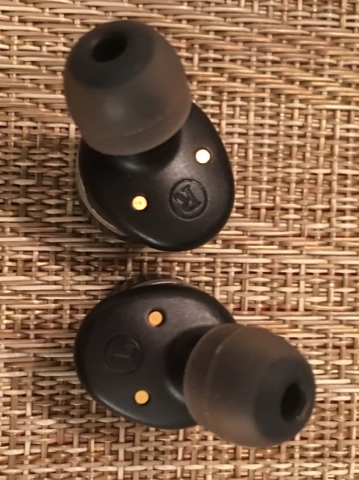 The nozzles are larger than most at 7.7mm so standard tips will not fit. The nozzles are angled with a much steeper forward rake than most but still were very comfortable. 3 sizes of tips are included with the mid-size being the best fit for my ears. These sit fairly deep in the ear and are solid during movement. I had no problems with them on the treadmill or climber at the gym. 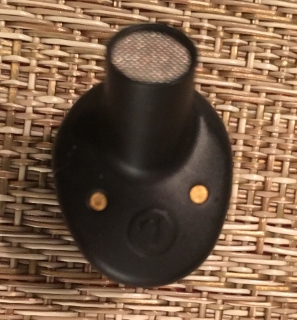 Pairing is the standard long press to put both buds in pairing mode. I did have to pair them twice to the I-phone as the first time it only paired the left side. After deleting the pairing and attempting it again all worked properly. Once paired, I had no trouble with maintaining connections. They exhibited good range from the source with it being easy to leave the phone on my desk and move around the office without loss of signal. They were not able to sustain the distances the bingle fb60 did, but they were able to work properly without cutting out under normal use situations. The audible prompts are clear and can be switched between English and Chinese. The only drawback to the Bluetooth implementation is the delay when using the button on the earpiece to play or pause music. It was a good 5 seconds between pushing the button and any acknowledgement by the source that it received a command.

The Q62 has a battery life of about 1.5 hours per charge and I found the case to fully charge the buds once and partially charge the buds the 2nd time before needing to be plugged into AC. For the size of the earpieces, I had expected a bit better life but they do deliver a fuller sound than some and the amp may be responsible for consuming some the battery as a result.

Bass: The bass on the Q62 is elevated and focuses on mid-bass. Extension is not particularly deep and sub-bass is minimal. Mid-bass is somewhat loose and can be a bit muddy on fast tracks. Some bleed into the mids is present as well. I found that I could Eq the Q62 some but that is was not as responsive to eq as some of its counterparts.

Mids: Mids are recessed and suffer from some mid-bass bleed at the lower end. The upper mids are a bit more forward but still behind the rest of the signature.

Treble: Treble is polite but not well extended and lacks sparkle and air as a result.

Soundstage is better than might be expected from a small sealed unit but still can seem a bit claustrophobic at times.

Overall, the sound on the Q62 is a slightly warm V shape that will be a good match for rock and pop music, but less so for Jazz and classical. My wife has decided these make a good workout bud and has regularly stolen them during the course of my review. 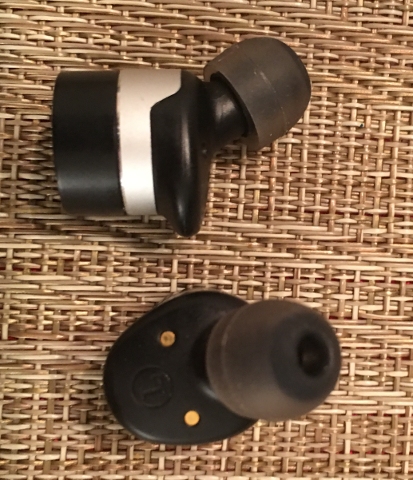 The Q62 is comfortable to wear, has a pleasant signature, and reasonable battery life. At the $50 price point, it has a lot to like but is in a very active field with lots of competition. While certainly better than most I have tried recently, it did little to differentiate itself from other models at the same price point and will likely be a fit problem for those with smaller ears where other products like the SmartOmi Ace offer a similar feature set in a much smaller package.