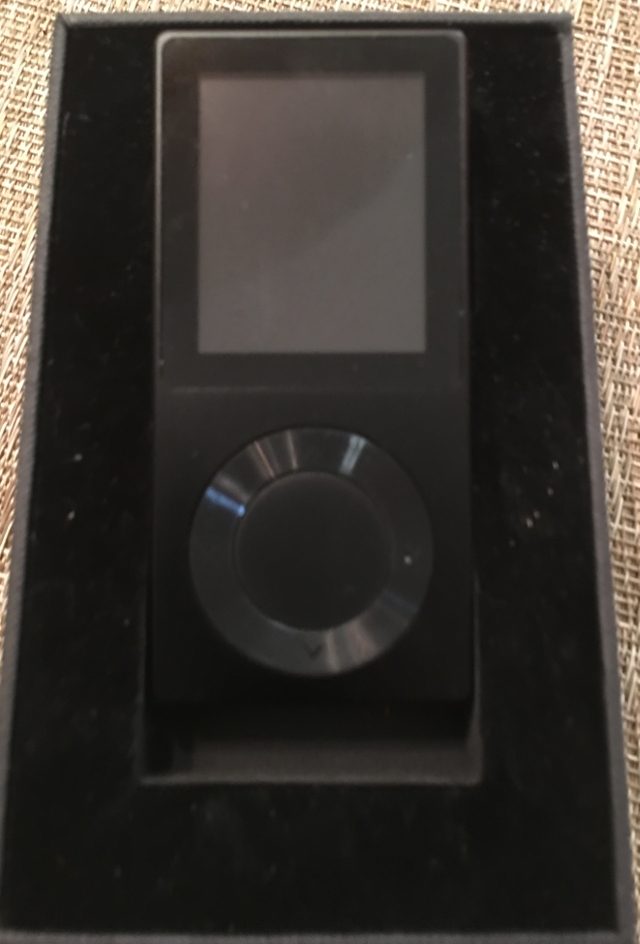 After reviewing a couple other players, Ngoshawk and I got to discuss the AGPTek Rocker and he volunteered his for review. I am grateful to him for the chance to try out this interesting little DAP. I am not associated with AGPTEK or Benjie and received no compensation of any form for this review.

About Me:
I live in the budget audio world as kids in college and Vet school demand most of my income. As a result I really enjoy finding great products in the market that anyone can afford. Sure, I’d love to be in a position to relax and listen to my new LCD-X or Zeus but for most of us, that just isn’t reality. Finding things that sound great, work well, and fit in my ever decreasing budget is more of a challenge than simply spending more to get more and it is a challenge I not only accept, I enjoy. I try to keep my reviews practical as no one really expects a $99 DAP to compete with the top-end AK. 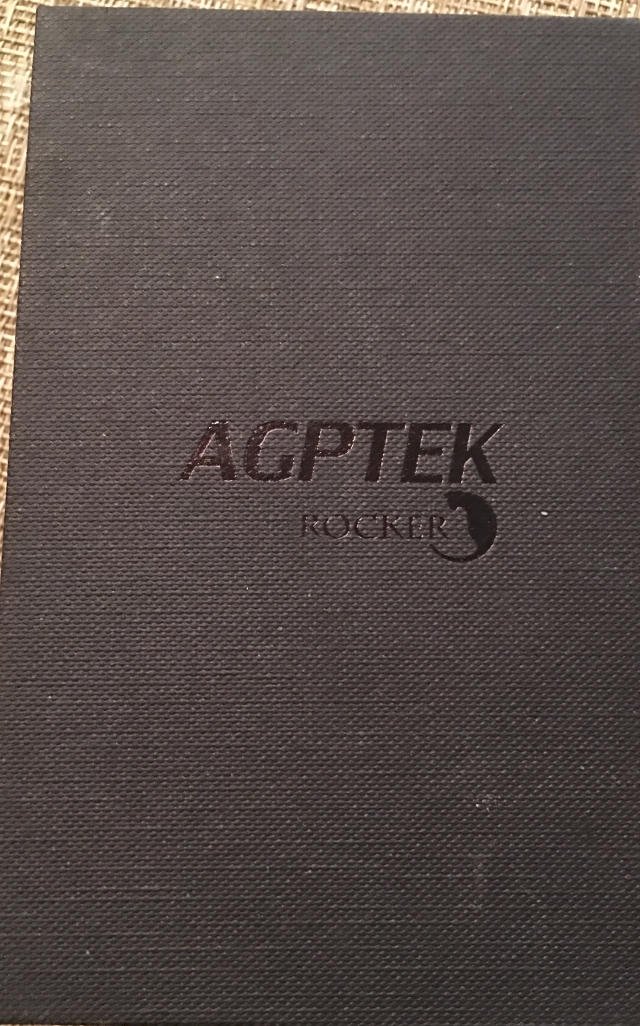 Packaging:
The rocker comes in a fairly plain black box with the player mounted in an insert and the cable and manual in the space under the insert. The packaging did a good job of protecting the player and was well laid out. The box does little to show the user what lurks inside though. This is the first in a series of contradictions that define the Rocker. The box while well put together, and even a bit upscale looking, does nothing to advertise the product or even suggest what it contains. If you saw this on a store shelf, you could easily pass it up for lack of any details on the packaging. 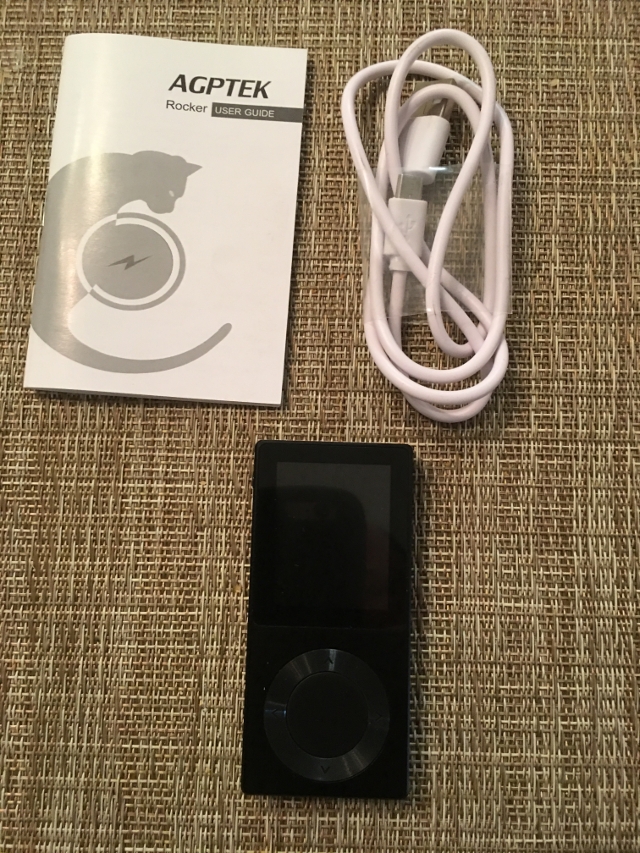 Build: The player has a nice solid feel with all corners rounded enough to not snag but still very square in shape. The Screen is large for the size and price point of the player if not super hi-resolution. Graphics are well displayed when album art is enabled. Below the screen is the common 4 button wheel. The wheel does have 4 distinct buttons at top, bottom, left, and right and does not operate as a scroll wheel. A fifth button in the center of the wheel operates as the primary play/pause control as is very typical for this style of player. The left side of the player has the power button and the Micro-SD card slot arranged from the top. I found that the micro-sd card slot would recognize all of my cards up to and including 2 different manufacturers 256gb cards. This is great compatibility as I have seen problems with the larger cards on several smaller players. The hardware limit of 15,000 songs really isn’t a problem with only a single SD slot and the use of lossless files. My 256 currently houses roughly 2700 titles so the limit was pretty much immaterial to me, ymmv. The right side of the player has volume up and down buttons also arranged on the top 1/3 of the player. The top is devoid of any controls or ports and the bottom contains a 3.5mm jack and the micro-USB port for charging and loading music. The control layout is very similar to many other players and works reasonably well. If I had one gripe at this stage it is that none of the controls on the main face of the player work when the screen is off. This means that you have to hit the button once to turn on the screen and then a 2nd time to actually make the desired change. A firmware change could easily alter this and would be welcome as I often change songs with a player in my pocket and having to pull it out and make sure the screen was enabled was a definite drawback. 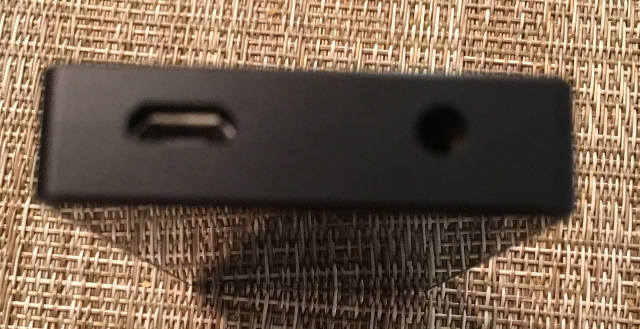 Battery Life:
The battery life was excellent and the little player could handle the pretty much all day listening sessions that are my average work day. Charging time from near dead was roughly 2 hours so the charge rate is about as fast as possible without really hampering cell life. I did not intentionally run discharge tests on this unit as it was borrowed and I did not think to get express permission to do so. Deep discharge always has some risk of harming the cell so I decided to forego this test under the circumstances. If the player is left sitting inactive for any length of time it goes into a standby or better defined as sleep mode. Waking it from its slumber is not instantaneous and is perhaps a bit more involved than I would have preferred.

Features:
FLAC, DSD, Mp3 and wave covered my library but it was nice to see apple lossless, WMA lossless, and OGG on the list of supported formats as well. Support for 24/192 gives me all I need for pretty much all of my sd card tracks as I tend to use hdtracks or other flac sources at 24/192 when available and 96 when I can’t get the higher resolution files.

A true 10 band EQ works well once you get used to the controls and made enough difference to be able to adjust some of the brightness out of the Grado 60s and add some bass to the Fostex T50rp I paired with it to test.

Bluetooth AptX 4.2 functioned smoothly. Pairing was easy and no drops or disconnects were registered unless I strayed more than 30 feet or so from the player. I must say that these new Bluetooth players are starting to have sound quality that will make you consider the use of wireless. I don’t believe they are 100% there yet, but boy have they improved since the early days and I can see a day soon when wires are a thing of the past.

The USB dac function worked nicely when placed between my laptop and a Schitt Magni2 to drive the Fostex t50rp. The Magni definitely has more umphh than the internal amp on the Rocker but the Rocker was still quite capable even with these notoriously hard to drive phones.

I was also glad to see gapless playback was easy to enable or disable for listening to symphonic works.

UI:
As already mentioned above, (Screen bug) the UI on this little player is truly a conundrum. It has the typical 3×3 layout of icons on the main screen and you would expect the sub-functions to follow suit but they don’t always. It sports more features and functions than most players at twice the price point but it does so in such a poor arrangement that you either can’t find them or it takes an advanced degree to operate them when you do.

As an example, the first thing most of us do when we get a new player is plug it in to charge and set the power options. Ok, so plug in the USB, go to the gear icon (setting) and the options are in no particular order. It takes some sifting through to find what you are after and even then I wasn’t sure if I had found all the available settings or if others were hiding elsewhere. As an example to this day, I am not 100% sure that the setting to enable the buttons with the screen off doesn’t exist somewhere, I just couldn’t find it.

So, I’ve got it charged and the power options set as best I can, now to add music. I pop in the micro-sd card and begin looking for the “Scan music library” function or whatever this version calls it. Again, no such function exists at the top level and it isn’t even evident from the top level naming which option it is under. After consulting the manual, I found the option 3 layers deep in sub-menus. For such a critical and common function, I had expected this to be at most 2 clicks away.

Once you have the music loaded, the UI does a good job of allowing sort by artist, album, title, or to a lesser degree genre. Playlists are relatively straight forward to work with and playback functions are fairly simple to surface.

This is the problem with the Rocker, it is simply not intuitive or consistent. For those who take the time to learn it, the good news is it gets better from here. For those who want a simple intuitive player that does it all – take a look at the Cayin N3 as the extra money definitely buys you a much more polished UI. I can’t help but feel that this player could be really good with some attention to detail on the UI. Maybe rockbox?

Sound:
This is where the Rocker works and why I say it is a conundrum. For those willing to put up with the UI issues, the reward is a good sounding, reasonably potent DAP. Sound profile is fairly close to neutral with a distinct roll-off at the treble range. To my ears, the roll-off starts at about 3.5kHz. This does mean that treble sparkle is somewhat decreased and it makes the Rocker a good pairing with bright headphones that need a bit of taming. For phones that are more laid back a bit of EQ may be needed to bring that sparkle back. I think many inexpensive products try and bring treble forward so it is nice to see a more natural if slightly rolled-off presentation. With my most sensitive IEM, I did notice a slight hiss. With less sensitive phones the noise floor was not noticeable but this may be a concern to those with really high sensitivity phones. I am unaware of anything in the budget price range that would normally be paired with this DAP that is likely to suffer from this issue, but none the less it is worth noting. On the other end of the spectrum, the Fostex t50rp could be driven to usable levels with the Rocker but the sound was definitely thinner than with a more potent amp and the pairing was at best mediocre. When paired with things more to its liking, Senfer DT2+, KZ ZST, KZ ZS5, or the Denon ACH-300 the music comes through and the only noteworthy spikes in the sound profile are those native to the headphones. Sound was full with a nice vocal presentation and the DAP paired particularly well with the Denon for the genre’s I listen to most. I hesitate to comment on soundstage as I tend to think this is much more a function of phones than DAPs but I will say at the very least I don’t think the rocker did anything to detract from the soundstage which is all I could hope for.

Conclusions:
A good little player if ranked on sound quality alone. A great player for the price point if ranked on sound quality and feature set. A poor design if rated based on UI navigation and menu options. An average player if rated in overall. The good news for AGPtek is the issues seem to center around the firmware and could be corrected if desired. At $149 better choices exist, and $99 it is much more competitive and at $49 it would be a solid choice as an outdoor player with good sound quality that isn’t a great loss if it gets wet or damaged. If AGPtek does revamp the firmware, I would happily give this another look as I think it has the beginnings of a really solid player.