The Syllable D9 is quite a departure from my normal listening. I am not a huge fan of Bluetooth headphones as I think they all too often solve a problem I don’t have at the cost of sound quality. That is further complicated when dealing with in ear models as the weight of having to have the battery and circuitry present in the ear itself far too often makes them uncomfortable. So when George at Gearbest offered the D9 as a trial, I accepted with some trepidation.

The D9 arrived in a typical manila padded envelope. The box is a small almost cubic tan box with very little if anything descriptive on the outside. This is definitely not a retail packaging as it doesn’t give any specs or details of what is inside. 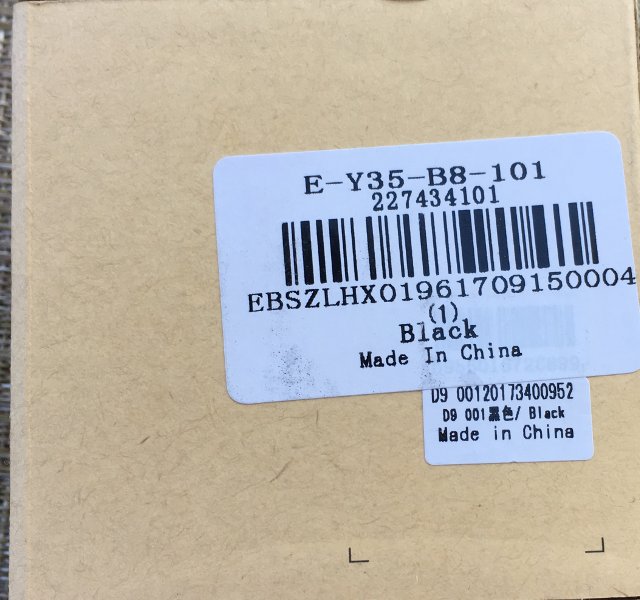 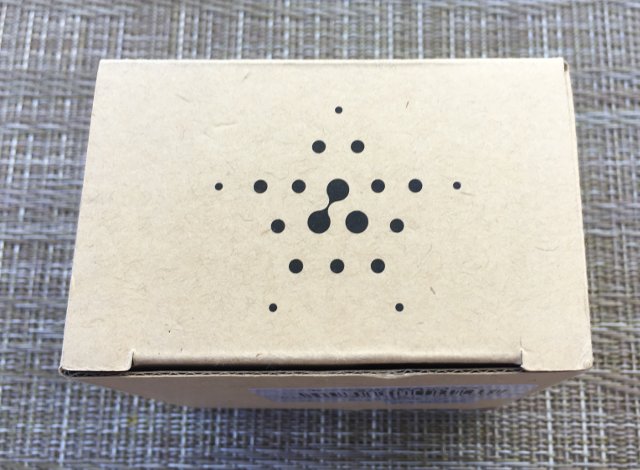 Once opened, the box contains another small box wrapped in protective plastic along with a usb cable and a bag of tips. All the larger surfaces are coated with a plastic protective peel-off film as seen in the photos. This is a nice touch to protect the metal surfaces.

The little box hidden in the plastic turns out to be a really neat design. The bottom is metal with a smoked transparent plastic lid that shows the earphones and lets the user view the LEDs at a glance when charging. Inside the box is a form fitted tray that holds the earpieces in place solidly and has charging contacts visible in the upper outside of each cutout. The earpieces will only fit one way and are held very solidly in order to maintain the contact between the earpiece and the charge unit. On the back of the box is a micro-USB female connector for charging. Interestingly, under the formed tray that holds the earpieces there is a battery so the case itself can charge the earpieces up to 4 times without need for the USB connector. 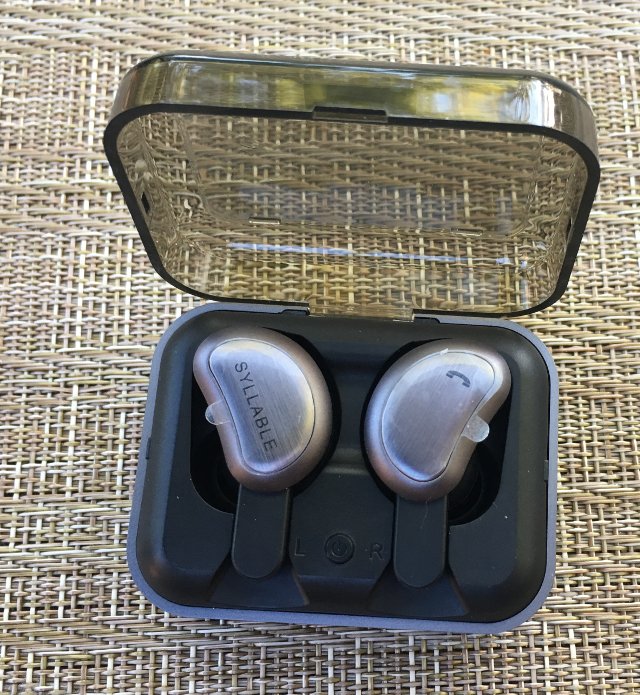 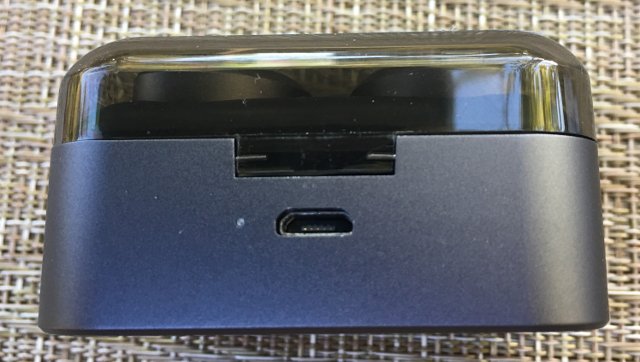 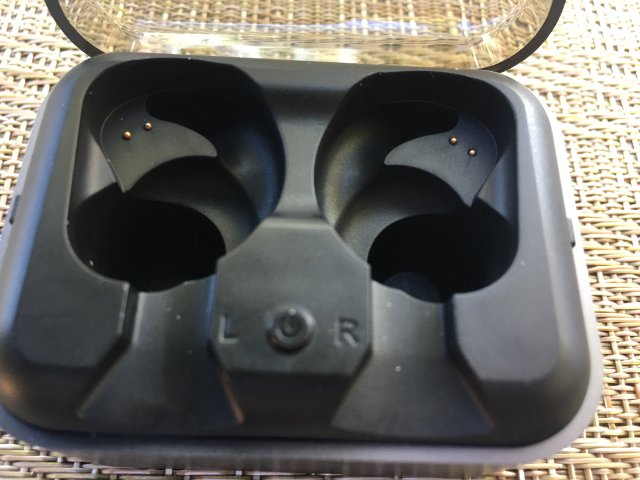 The earpieces themselves are a mix of metal shell on the outside and plastic inner shell. The plastic has a built in ear-hook and was very comfortable for me but may be an issue for smaller ears as it is not removable or adjustable in any way. The tips are typical silicone and are provided in 3 sizes. The entire back of the shell acts as the on/off button or for answering phone calls. 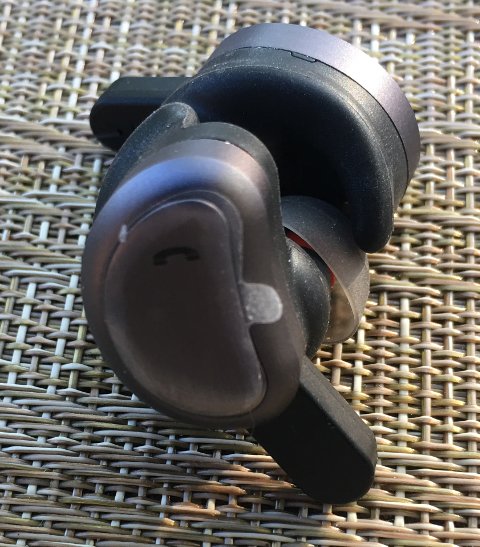 Both earpieces have a mic built into a lower projection so either can be used independently as a Bluetooth earpiece when using the phone. The microphones did work well and it seems that my phone automatically goes to right side mono only when using these buds to make and receive calls. I could force the left side to work with the phone only by turning the right side earpiece off.

This brings up the first odd issue. When listening to music and receiving a phone call, the D9 automatically switched to right side only mono during the phone call and then switched back to stereo once the call was over. The issue was that the two earpieces were out of sync with the left being about a full second behind the right on the playback. I could only correct this by turning off both earpieces and then re-starting them. I had thought I was losing it when it first happened but subsequent phone calls proved this to be a consistent issue. 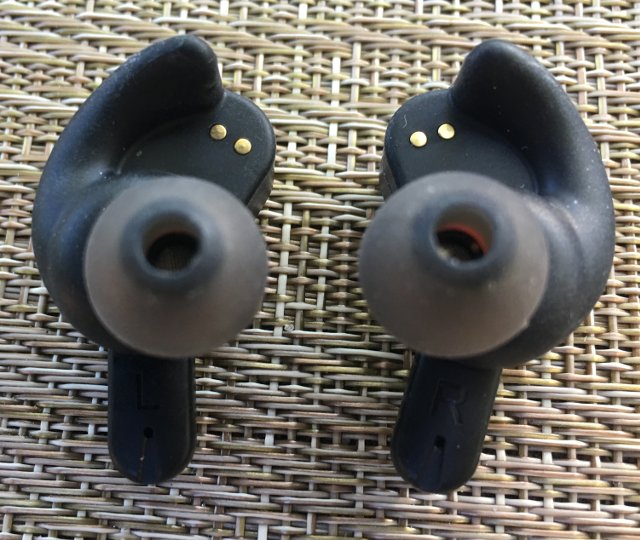 Bass: The bass on the D9 is obviously a focal point. It is huge. Unfortunately, it isn’t particularly good. The bass is muddy and over-stated pretty badly. Sub-bass on the other hand doesn’t exist as any changes to the EQ below the 60hz band are just completely ignored by the drivers. I found the following settings to be the best at leveling the sound signature and even with this dialed in, these have a fairly bass heavy signature that would still be defined as V shaped. Every band below 250Hz is reduced by 6db, 250 is reduced by 5db and 500 is reduced by 4db.

With this tuning, the D9 becomes very listenable without the over-powering bass that detracted from the sound signature.

Mids: Once the bass is cleaned up a bit, the mids become a bit easier to find. The D9 still suffers from a mid-bass hump that bleeds into the mids. The upper mids are recessed and take a back seat to the bass and treble leading to a U shaped profile.

Treble: Treble is more refined than the bass but does not show super extension or a lot of sparkle.

Soundstage is small due to the closed back design and instrument separation suffers as a result of the tuning and stage size.

Overall, the sound on the D9 is tuned much more for my teenage children who prefer an extremely bass heavy signature than they are for me. The kids all found them to be fun and liked the sound (although most did say they had a bit too much bass).

I had initially expected the 2 hour specified run-time as a limiting factor to the usefulness of these headphones. I found that I rarely listened to them for 2 hours straight and when placed back in the case they charged quickly enough that when pulled back out, they were again ready to use for extended periods. The factory specs show the case charging the earpieces 4 times before the box itself needs a recharge – I found this to be closer to 3 times than 4 but still pretty admirable for a box the size of a mini Altoids tin. 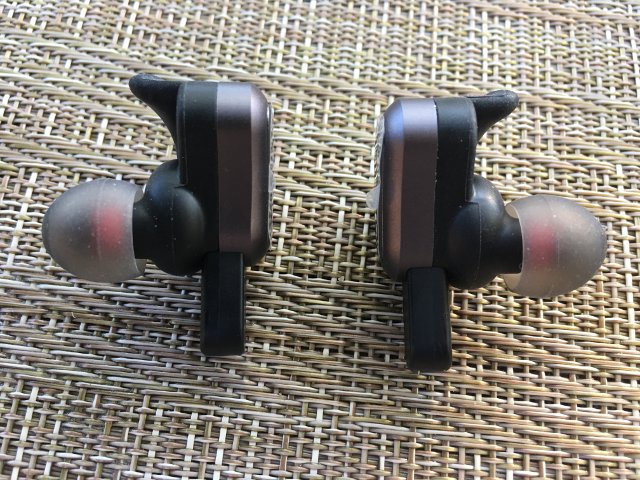 I had also questioned the comfort of the plastic built in earhook but found these to be one of the most comfortable IEMs I have used. That is saying a lot when these have the extra weight of a battery in each earpiece to contend with.

Once the bass is accounted for, these have a pretty consumer friendly sound signature that will sell well amongs’t those who prefer a V shaped sound signature.

Overall, the D9 is real cool tour of what is technically possible in a Bluetooth, micro device. With a bit of work on the sound signature, Syllable could really make these shine as they have all the right features to make a great gym or travel earphone.