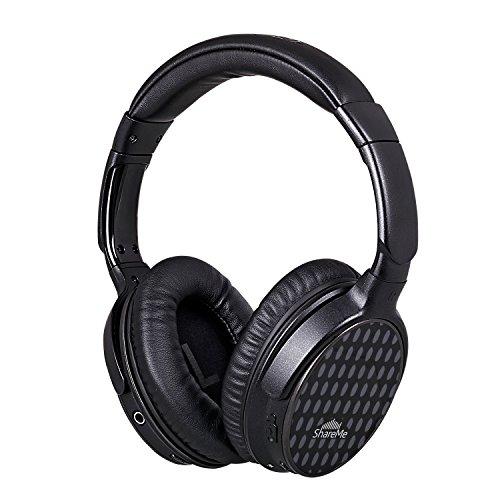 First things first, I split the cost of the 1st pair of ShareMe Pro headphones with MixCder in exchange for an honest review. I bought the 2nd pair outright and with no coercion of any kind as I felt the best use of these was in pairs. Thanks to Mixcder for continuing to make excellent products available for review at reduced costs. I always enjoy seeing the box coming from amazon and knowing that another interesting product has found its way to me to try out.

Packaging: They ship in a rather plain box with a plastic insert that holds the headphones. The charging cable and 3.5mm cable along with the instruction book are hidden underneath. 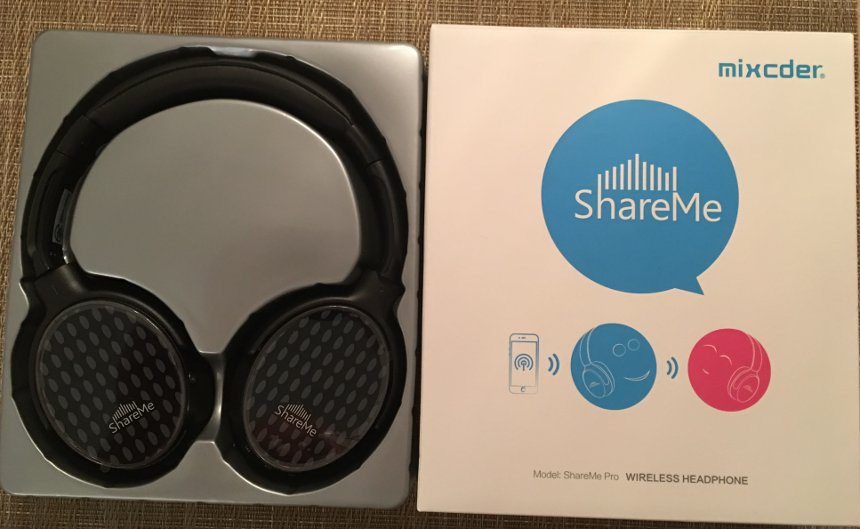 The box doesn’t do a great job in conveying the idea that these can be used in tandem as it wasn’t immediately apparent to most at my office that the red and blue were supposed to represent 2 different sets of headphones. They thought it was just decoration. The reverse doesn’t do much better. 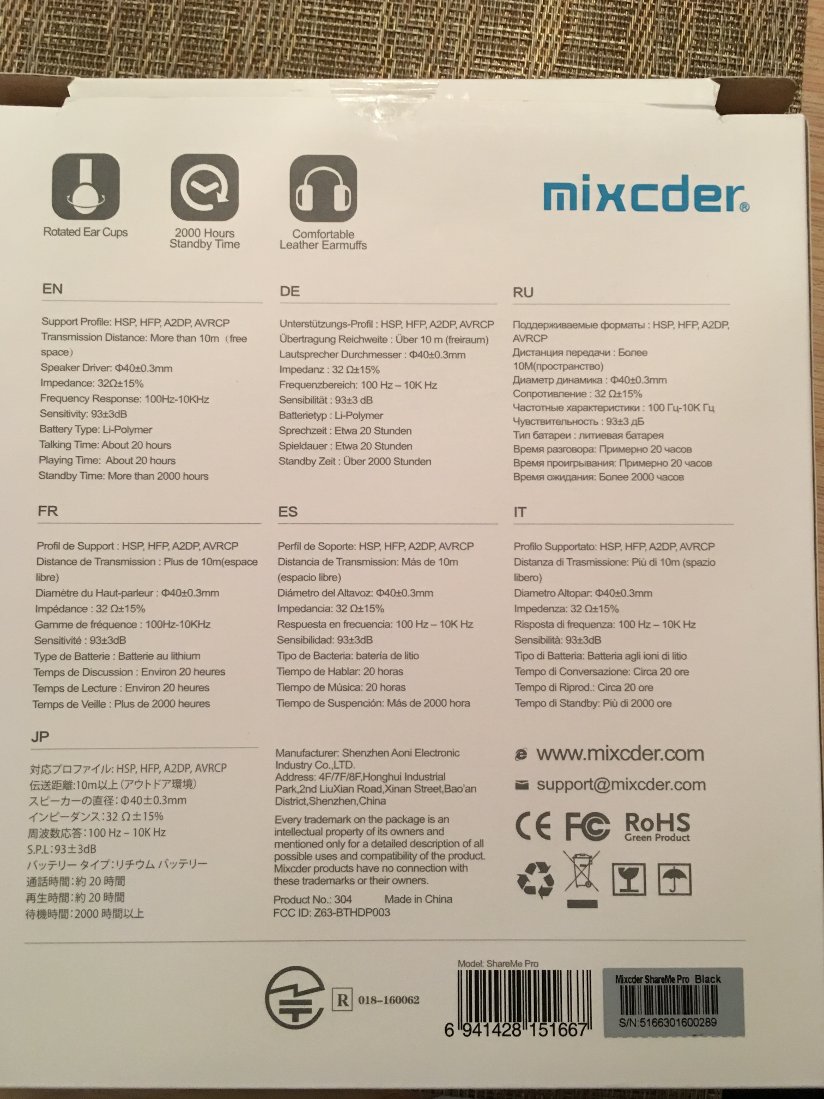 They have specs in 7 different languages, but no information about the Bluetooth sharing capability. Without a doubt, they need to repackage these so people know more about what is inside the box.

Build Quality: The cups are plastic while the band is metal sandwiched between two layers of plastic. The cups swivel vertically about 35 inward at the top as well as having the ability to rotate 90 to one direction and 15 the other on the horizontal. Controls are found at the bottom of both earpieces with power and volume on the left and track forward, back, and play/pause on the right. The microphone is on the left side while the right has the 3.5mm jack for wired use. 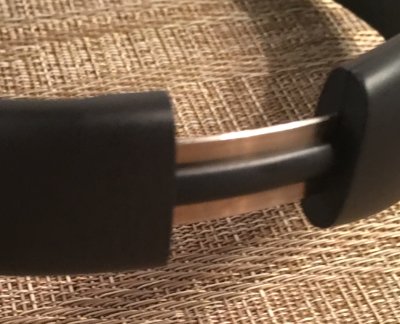 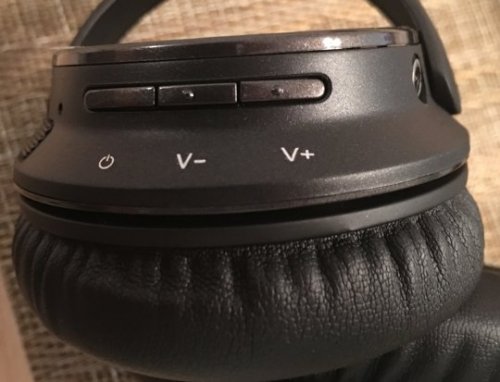 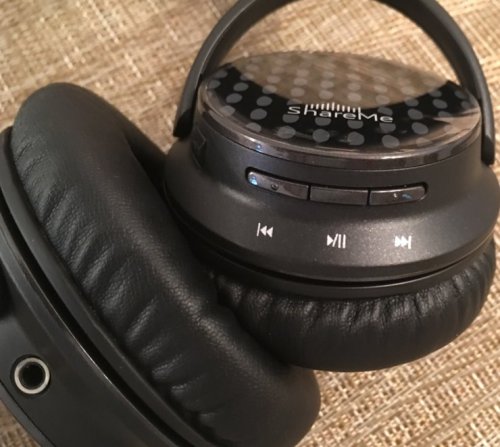 Comfort: Comfort is good due in part to excellent pads and in part to the modest weight and swivel of the earpieces. I was able to wear them for extended periods without issues of overheating or discomfort. Since attaching them to the ps4, the kids have used them pretty constantly and none have complained about them.

Battery Life: I was able to get an average of 16.5 hours of life per charge on both sets when used in tandem and a little over that when used as a single device. Recharge time was roughly 2 hours using a 1A charger.

Bass: lots of it. These are not V shaped, they are a V that somebody broke the right leg off entirely. Bass, Bass, and more. These need an EQ or the mids and highs are completely dwarfed by the lows. Bass is a bit loose and dominated by upper bass with modest extension. Once EQ’d the treble can only be described as a bit dull. The good news is I think it might be impossible to make anything sibilant on these so if you are super sensitive to high frequencies, this might be a plus. The tuning also makes these very forgiving of poor recordings so they will play well with the top 40 lovers and the like. No amount of EQ is going to turn these into a super resolving audiophile headphone (hint if you are looking for that in a Mixcder Bluetooth set, consider the MS301). The good news is the tuning is very popular and many will like them in spite of a very bass heavy signature.

Soundstage is a bit crowded as is expected in a closed back headset but isolation is not fantastic. I tried listening in bed but got told to turn those things off so SWMBO could sleep.

At this point, if you are guessing these were not my favorite headphone, you’d be correct. So, I did what any other sane person would do, I bought a 2nd pair. The single biggest calling card for these is the Sharing feature so to give them their due, I had to see if it worked and if it was enough to change my rather low opinion of them. When the 2nd pair arrived, I paired them to the first running both off my HTC M9 phone. While it didn’t change the sound profile, it did work flawlessly. No lag even at beginning of tracks, no break up due to movement unless the headsets were more than about 20 meters apart. If you were in the same room, they worked well together. Inserting a concrete wall between them reduced the 2nd pair to earmuffs so know that you cannot use them in different rooms when paired together in most cases.

Now I got to thinking, what to use them for.

1.) Back of the van with the I-pad playing movies for the kids – yep works fantastically and SWMBO and I can carry on a normal conversation again. This alone was worth what I paid for them.

2.) Watching TV at night while others sleep. As previously mentioned this was a bust when in the bed next to someone, but worked quite well when one person wanted to doze while others wanted to watch TV. We paired both sets to the TV and I no longer had to listen to pretty little idiots. Again, well worth the cost of purchase.

3.) Gaming, we attached them to the PS/4 and again, works great. The only drawback here and it isn’t the fault of the headphones is now the kids yell at each other because they can’t hear themselves during gaming. If they could come up with a way to use the Mic in addition to the phones with the gaming console so in-game chat went through the headphones this would be a real coup.

This is going to be one of the strangest comments made on head-fi. I would not buy a single set of these for use as I think there are better headphones in the same price range for listening by oneself. I would however buy two pairs. The utility of having two pairs connected to the same source is a fantastic option for parents with children and the price is not so ridiculous that purchasing 2 or more pairs isn’t possible for most. If you have now heard Frozen for the 4000th time and would dearly love to regain some of your sanity, I highly recommend these. No, they aren’t for most head-fi members, but for their children or maybe parents who like to watch late night TV at a volume that can be heard from the next county, these are just the ticket.