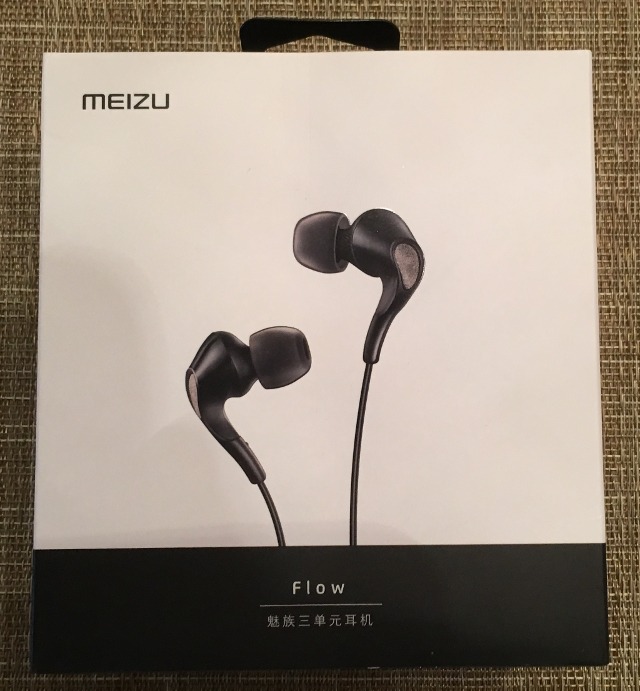 The Flow was sent to me as a review sample by Gearbest audio in exchange for reviewing it. Opinions here are my own with no coercion or incentive to write anything other than my honest thoughts.Unboxing.The Flow comes shipped in a press-board box with a sliding cover. The box itself is a nice understated flat black with a line drawing of the flow is silver. The slipcover is a contrasting white and has quite a bit of detail about what is contained within and if my Chinese were better, I’d probably have understood more of it. Still the pertinent information is there multi-driver, 32 Ohm, 105db Sensitivity etc.. 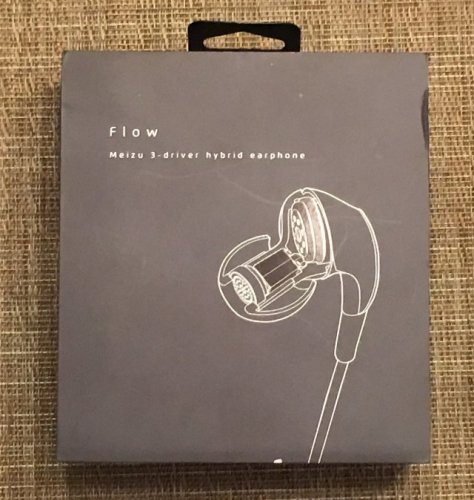 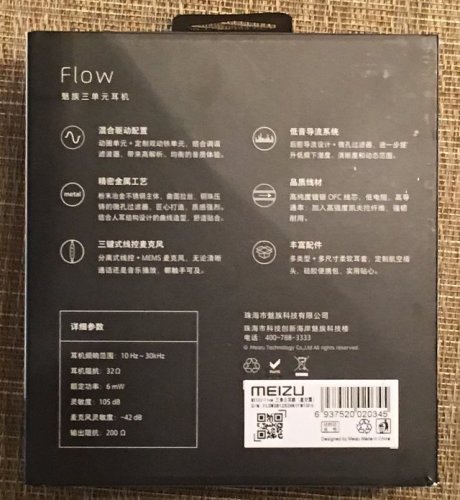 Inside the box is a foam tray with the earpieces, and remote prominently displayed in the upper half. The lower portion has a small lift out box with the instructions that hides the cable underneath it. 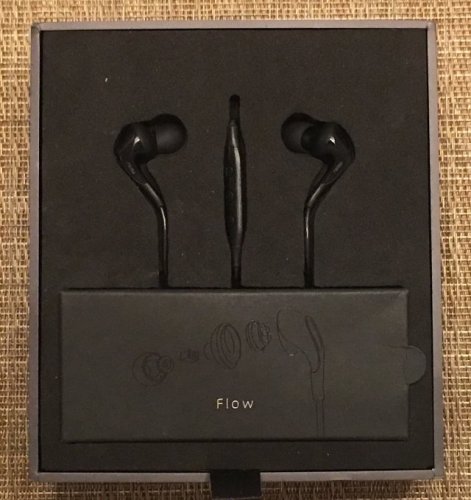 The top of the box has a matching foam block with cutouts for the earpieces (nice touch and not often seen). Under the tray, a second plastic tray houses 6 set of tips (5 rubber and 1 foam), a rubber case, and a airline adapter. Overall the packaging is well laid out and sturdy. The case is well below that provided with the Fiio F9 Pro but is on par with that provided with the Magaosi K5. 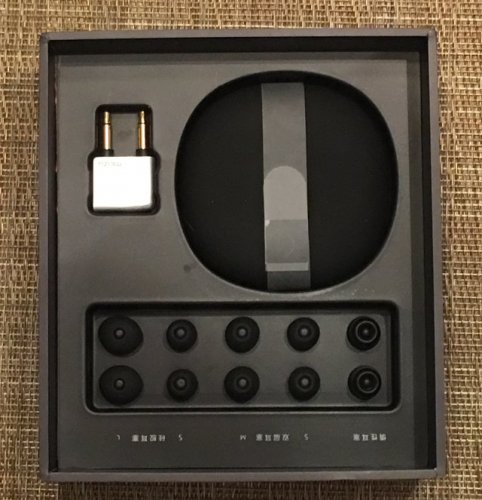 The Flow are on the small side for a triple with the earpiece being metal on the outside with a prominent screen that provides a vent for the dynamic driver. 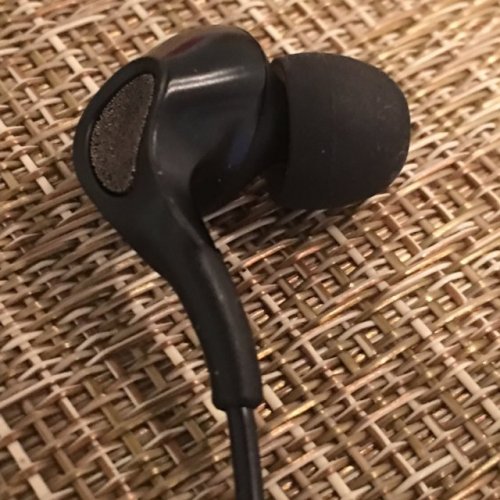 The metal shell is extended below the ear and flows into the strain relief which encloses the cable in an almost undetectable way. One has to look closely to see where the metal ends and the rubber begins. 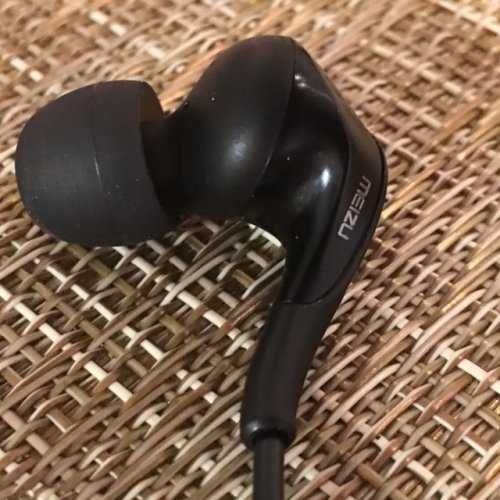 On the inside, a ceramic shell with a single central vent and a canted nozzle that is larger than average. I could force fit the largest of the comply foams on but they are obviously about ¾ of a mm larger than standard. The screens at the end of the nozzles are domed nicely. 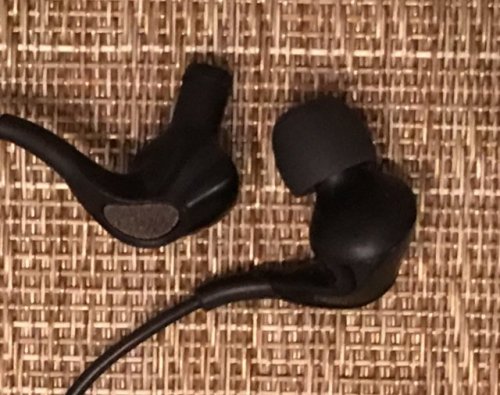 Cables are a soft rubber composition with the remote on the right-hand side. The remote is smaller than most and as such does a good job of not unbalancing the cable. The remote itself has the normal 3 button arrangement with the microphone hidden on the underside. This arrangement does lend to some noise when moving while taking calls.

A small metal Y brings the cables together with an adjustable metal chin slider that rests against the Y when not in use. At the far end of the cable a straight 3.5mm TRRS plug completes the arrangement.

It should be noted that the venting on the flow not only helps influence its sound, it opens it up to outside noises as well. The degree of isolation is considerably less than most in-ears which may be a really good thing if you intend to wear these out jogging or in situations where you need situational awareness. On the flip side, it means you need a quiet room to really know what the flow can do without picking up ambient distractions.

Bass: The low-end is moderately rolled off and while extension is good, bass quantity is at times a bit light. Control of the bass is good with only slight bleed over into the mids and a mild mid-bass elevation. The result is a warm sounding well extended listen if a bit underwhelming at times.

Mids: lower mids are better than most as it does seem that Meizu has paid more attention to this region. In total, the mids are a bit forward of the rest of the signature but unlike a lot of other triple driver hybrids I’ve heard the upper mids are not pronouncedly in front of the lower. This makes for a really nice presence region and an earphone where it reproduces female and male vocals equally well.

Treble: Treble quantity is good but extension is only average. I never experienced any stridency or sibilance on the plus side, but on the minus side, it does not have quite the air I would have preferred. The lower treble is distinctly thicker than the upper and it gets quite thin as it goes past 12kHz which lends to the feeling of lack of sparkle at the top.

The Flow benefits from the venting and does have a larger soundstage than most iems. As mentioned earlier this is at the expense of a bit of isolation. To my ear the stage has more width than depth but does a good job of presenting orchestral pieces. Imaging was good with instrument placement well defined. One issue I did notice was the soundstage does not have a lot of height so in simple tracks with a singer an guitar it often sounds like both are coming from the same point in space.

I enjoyed using the Flow and think as an early effort by Meizu it is quite an accomplishment. Meizu’s choice to compete in the extremely crowded space around the $150 price point may be the downfall of the flow. Most other offerings at this price point offer a removable cable, a better case, and at least as good detail resolution. What the Flow brings to the table is a warmer signature than most. The venting creates a much larger soundstage than is found on a lot of its competitors. I found the soundstage to be less crowded than the original F9 (Fiio) and the K5, but the K5 is capable of a bit more resolution. It is a tough price point to compete in, but the Flow does a good job, particularly in A Cappella and acoustic guitar genres where the mids and lower treble are most influential. For those into EDM or genres that require more bass presence, Meizu has since released the Flow Bass that is aimed at increasing the bass presence of this model and that will likely be a better choice.