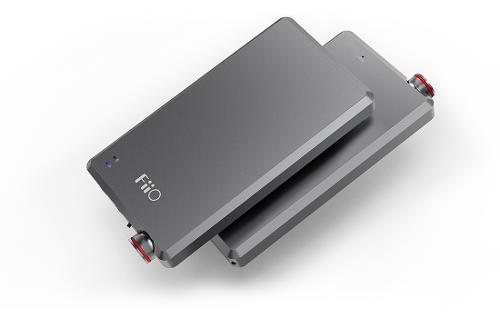 My first Fiio amp was an E17 with its desktop E09 cohort. Today their amps have taken a backseat to first DAPs and now earphones. I recently mentioned looking at a new amp and Ngoshawk was kind enough to send his A5 for me to audition before purchase. I also have a walnut F1, a topping Nx5, and an Ibasso PB3 on the way to compare. I have owned an E11 and an E12 in the past but skipped the e12a as I didn’t feel the need to upgrade at the time. Now that my usage pattern has shifted to mostly IEM listening, I am in the market for an amp appropriate to that. I debated getting an E12a as they are still available, but the A5 was supposed to be the best features of the E12 and the E12a so wanted to give it a shot. The thought of combining the power level of the E12 with the noise floor of the E12a is a great idea. The question is, did they pull it off?

The A5 has an all steel chassis and feels very solid in the hand. I can’t find any size difference between the A5 and the older E12 visually and it is a perfect mate to the X5 as they stack nicely. The finish with its sandblasted titanium appearance is a bit of an upgrade to the flat black of the original E12. It looks higher end than the original as the buttons are well mated to the recesses and the volume knob is lower profile than the earlier model. While better looking, the knob is not quite as easy to grip due to its smaller size. It should also be noted that the A5 has either chrome plated or stainless Jacks as compared to the copper style used on the E12. I’m not sure if this was a simple cost savings (plated) or a durability improvement (stainless), but I’ll hope for the latter. Either way durability should be improved as the jacks have an outer ring that fits 100% snug to the frame to reduce any possible flex or shift. 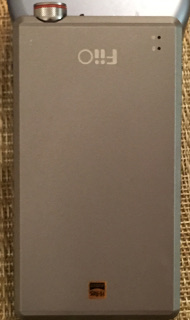 Ports are as expected – the top has the volume knob, the 3.5mm single ended (TRS) input and output ports, and the gain switch.

The right side has the micro-USB charging port and the bass boost switch. 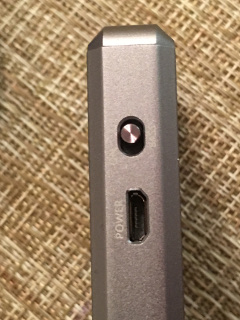 Labels are in white on the titanium finish and can be hard to read in some lighting. The left side panel and bottom of the unit are both smooth with no ports. The front face of the amp has 2 LEDs in the top left in line with the input port. The top LED is blue for power the lower is red for charging. 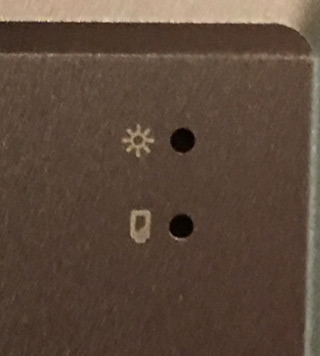 The A5 lists an 880mAh lithium cell battery and has a suggested run time of 12 hours. Based on my tests, I think the suggested run time is reasonable using low impedance headphones without the bass boost circuit engaged. Using 150 Ohm or higher headphones or using the bass boost heavily (although I cannot fathom why you would want to) will result in considerably shorter run times. Either way, once depleted it takes 2-3 hours to recharge using the micro-USB port. This is less than the reported runtime on the E12a but better than the original E12. The only amp in the ones I mentioned initially with better runtime is the PB3 with a rated time of 20 hours and a realistic time of 14-16. It should be noted that the A5 retails for $129 while the PB3 is $199. $70 should buy more than a battery in my estimation but that will have to wait until I have time to review the PB3 to confirm.

The original E12 did well with 50-150 Ohm Cans but was a little too much for sensitive IEMS. Then came the E12a with a lower noise floor, better energy efficiency and better THD, but it lost the ability to power bigger cans. Fiio makes some impressive claims about better power than the e12a (-80mW) and better THD <.002% (1kHz). They also claim to have improved the SNR although hard numbers on this are a bit tougher to come by.

Based on these numbers, I expect the noise floor to be very low even with sensitive IEMs while providing enough power to run 150-300 Ohm headphones. I’ll try my 600 Ohm Beyers but expect they will only be listenable volume at best and not particularly well driven.

First off, the noise floor is indeed as black as expected. The same in ear that had a noticeable hiss when used with the X5iii was perfectly quiet when attached to the A5. With no source connected, I could turn the volume up to roughly 60% before hearing any noticeable hiss. With the Senn HD6xx I could not notice a hiss even when turned up to 100% with no source connected. On the downside, super sensitive IEMS will get very loud very quickly as you turn the volume knob and it will be likely that even on low gain you will have less than 20% usable range on the volume knob. Bottom line, if you have a super sensitive IEM, you are probably better off plugging it directly into the source than into the A5 unless it just needs ridiculous amounts of power.

As for power, the A5 drove the HD6xx well better than the X5 alone and left plenty of room on the knob to increase the power and volume well above the comfortable listening level. The T50rp Fostex was also driven well with less headroom than the HD6xx but still enough to listen at any sane level. The Beyer 600 ohm as expected was not as well driven and while listenable, I had to nearly max out the amp to reach a good listening level and even then, it wasn’t as full bodied a sound as I know the Beyers are capable of. Driving the Beyers also pretty seriously decreased the battery runtime as well which is another sure sign that this was pushing the amp beyond its comfort zone.

The A5 has a mostly neutral presentation with a little warmth. This is not unexpected as the Muses Op Amp is often categorized as being slightly thick in the low-end and perhaps a hint on the warm side. I think Fiio took the natural tendency of the opamp and buffer used and enhanced them slightly to give the amp a bit of extra low-end push and a slightly warm leaning signature. Details are well presented and extension on both ends is quite good. Soundstage is deeper than it is wide although this is common of most portable sources too so it is hard to judge whether the total characteristic is that of the amp or its source. The first thing I noticed was that the treble is a bit forward of where it was on the original E12. Treble extension also seems improved. Not drastically but enough to tell it is there. This gives the A5 a bit more air than the E12. Midrange is well resolved but instrument separation is not spectacular and the mids are mildly recessed when compared to the bass and the slightly forward treble of the A5. The Bass on the A5 is well defined, tight, and well extended unless one enables the bass boost circuit. The bass boost takes too wide a cut as it grabs seemingly everything below 150Hz and amplifies it too much to be reasonable. To my ear the boost bumped the low-end up a good 6db. The bigger problem is that the boost doesn’t return to 0 db until well into the mids. The bass boost creates exactly the situation most of us try to remove: Mid bass hump that bleeds into the mids. Bass-heads may find this wonderful, for the rest of us, I think you will find the bass well composed with the switch off and likely ignore the bass boost circuit entirely as I have chosen to do once I listened to what it did to the sound signature.

Reading this, it would be easy to think this is the most colored amp you’ve ever seen reviewed. I don’t think that is the case at all. It is hard to discuss an amp without specifying its vices as in a perfect world the amp would introduce none of this coloration. All of the coloration I have noted is minor and depending on what source you introduce; the source tendencies will be far more apparent than those of the amp. I used the Schitt Modi2 Uber with my laptop as my source for testing as I am well versed in the signature of the Modi but even at that it can be difficult to determine what characteristics are produced by the amp and what is source or headphone introduced.

Conclusion: The A5 will really appeal to those who want a portable amp to run full sized over-ear headphones, or those with IEMs that require above average power. Those considering the A5 for use with IEMs need to audition the A5 first and know how much of the volume range is going to be usable. Some may find this acceptable, others may find the lack of usable volume control to be a deal breaker. The upside is the A5 is a very well built, good sounding amp with good battery life. In the overall, the A5 seems like a much more refined version of the original E12 with one glaring exception (the bass boost). I would love to see Fiio create a version of the A5 without the bass boost as it does not live up to the quality of the rest of the amp and with a negative gain for use with iems. That way more of the volume range would be usable for IEMs while retaining the ability to power full sized cans. 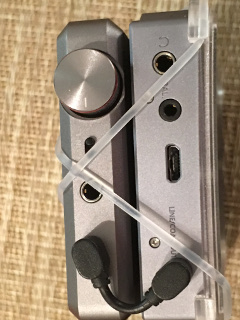