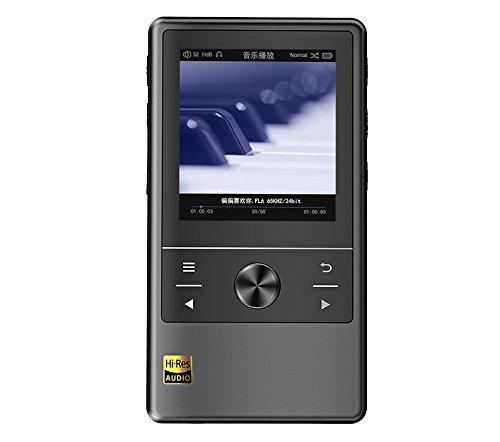 Thanks to Andy and Cayin for setting up the Tour. I have thoroughly enjoyed my time with this little jewel.

It started simply enough, a nondescript little white box arrived at my doorstep. Inside was a well labeled box with an interesting layout. The packaging contains a small box with the accessories and manual and a slide out tray that holds the device itself. Well thought out, with cloth tabs for pulling the tray out as well as lifting the device out of the padding. The packaging is well engineered to protect the device and if put in so the device is facing the center between the accessories and the outer packaging, it should take a pretty severe blow to harm it. 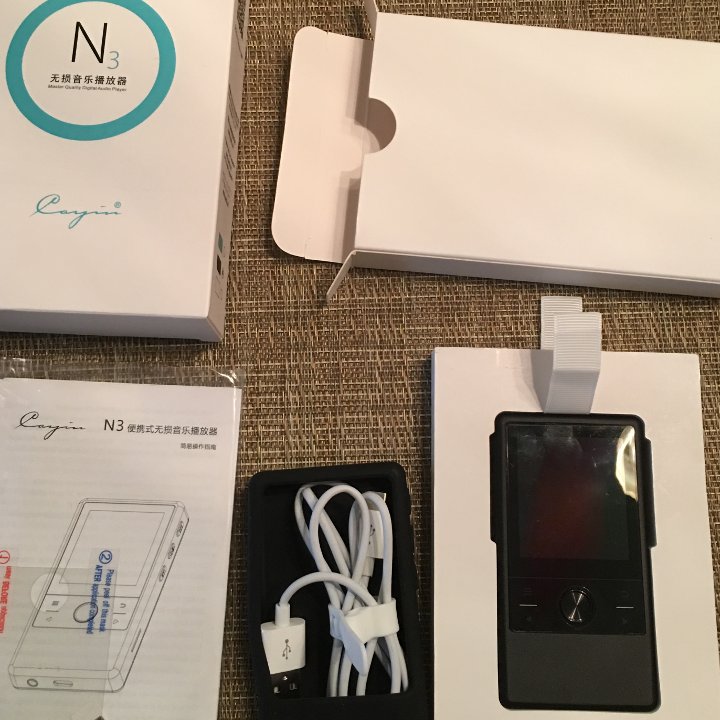 At this point, I have now referred to the N3 as “the device” twice. Let me explain why right up front. Calling it a DAP is inadequate. This device goes so far beyond what most entry level DAPs are capable of, that to call it simply a DAP seems derogatory. In my week of using the N3, I found it to be a DAP, a wireless DAP, a headphone amp, a USB DAC, a Bluetooth DAC, an external hard drive, and once I made a USB to Coaxial cable using Andy’s instructions (I’d advise buying one but, since I only had the sample for a week, time did not allow) a very good little transport for either USB or Coaxial output.

The device is solid and uncluttered. The case feels strong and showed no flexibility. With 2 buttons on left, the top being power the lower being a volume rocker, and 3 on the right being forward, Play/pause, and back (top to bottom) most of the functions you need can be handled quickly without looking once the initial playlist has been chosen. For initial setup it does have capacitive buttons below the screen that make sifting through the menus fairly straight forward and intuitive. 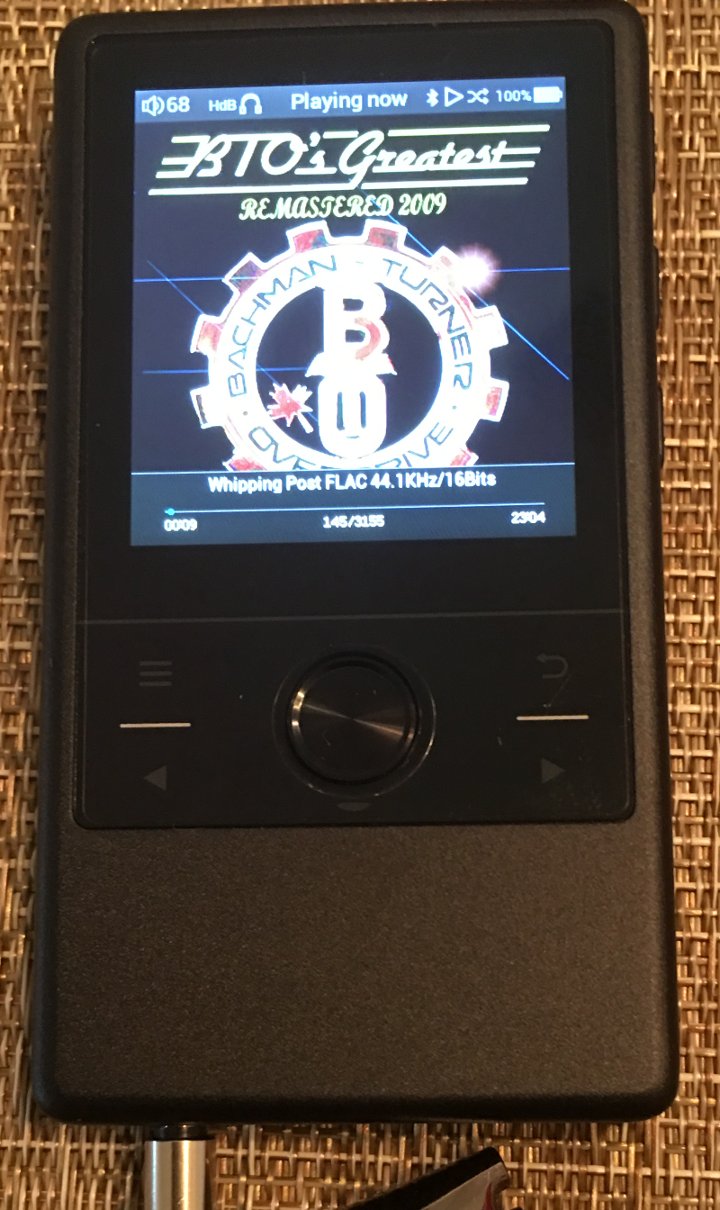 The screen is crisp and clear and the album cover art is well displayed albeit not entirely square. The corners are still pruned somewhat but overall a very usable display. I would advise backing off the display brightness to somewhere between 75% and 50% as this still leaves it very legible but improves battery life considerable. (As a side note, this is not a touch screen but at $150 not to be expected).

The screen did come with one small scratch on the review sample and a screen protector still in the box so I would recommend using same. I understand that others dislike screen protectors so I did not mount it but would certainly do so were the device my personal one.

The bottom of the unit has a single 3.5mm jack and a USB-C/Spdif port (you can read more about Cayin’s proprietary use of the unused pins in USB-C to handle the coax output duties elsewhere). The only fault I can find with this is that the USB-C port on the test unit was just slightly off-center. This did not cause any issues and was merely a cosmetic issue.

Cayin rates the battery at 2500mAh and my testing came out to 2350mAh measured so the runtimes suggested in their literature are pretty much spot on what should be expected although I suspect they had tuned the device to get a full 12 hours out of it. (screen off or way down, Bluetooth off etc).

The UI is obviously based on Hiby Music as is commonly the case in this tier of Chinese DAP. Once you know where the controls are in Hiby, it is pretty straight forward to get everything setup as you wish.

I would advise changing the power saving/sleep functions right away as they are disabled as factory default and the device is prone to parasitic drain when not in use if the sleep function is not enabled.

Gain settings offer 3 levels of gain, the EQ offers several presets along with Custom. One drawback is the custom EQ is a bit of a learning curve to get setup as it isn’t the most intuitive process with the button arrangement on the front of the player. Once set though, it did an admirable job of remembering those settings.

The media management on the device is easily one of the best I have used. The ability to load a music library quickly from an SD Card is much appreciated and with my 64gb card it took less than 30 seconds to read files in and be ready to use. Way better than the Hidiz I tested last. The category titles make for quick sorting of music as does the genre drill down feature. I found playlists to be about as expected and navigation between artists and tracks was simple and straight forward.

The device came with a little slip over silicone rubber case. While good for protecting the device back and sides, it does basically nothing for the front and it does leave the buttons exposed. This lead to hitting the wrong button while trying one handed operations as I often hit the forward/back/pause when trying to adjust volume or the reverse when trying to switch songs. 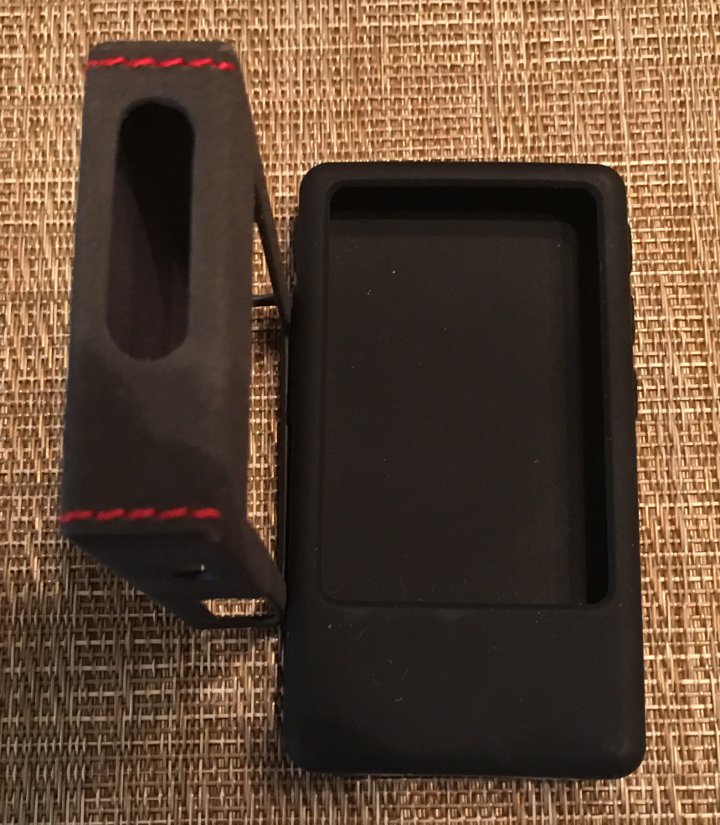 Toward the end of my week with the N3, a leather case arrived. The device slides in from the top with a gentle effort. The leather case provides recesses for each button and the screen as can be seen above. While not covering the screen, the recess does provide some protection for it. The good news here is the recessed buttons mean your fingers sit on top of them rather than pushing them when doing the same one hand operations I mentioned previously. The issue with hitting the volume or track change button while trying to adjust the opposite was nearly completely cured by the leather case. I would strongly advise purchasing the case to go with the N3 or even better would be if Cayin would bundle the Leather case in the package. It would be worth a few extra dollars to keep from having to go back and order it separately.

Pairing was smooth and simple. The CSR8811 does a good job of the Bluetooth duties and use of headphones 40-50 feet from the device was not a problem. Very good overall implementation of Bluetooth as presented fewer hiccups and other problems than I have grown to be accustomed to when attempting to use Bluetooth headphones. Notably the battery of the device did not seem to drain notably quicker with the Bluetooth enabled which is a great thing. Far too many of the inexpensive devices (phones included) drain the battery in ½ the time when you enable the Bluetooth features so seeing the power management on this was a nice surprise. The other cool feature was the ability to pair the N3 to a phone and use it as a DAC/Amp for streaming Spotify and tidal through the phone. That is an impressive feature which makes the N3 a potential Chord Mojo competitor at ¼ the cost.

This is the hardest part for me. Trying to discern what coloration is being added by the DAP and what is caused by the rest of the system means putting in a lot of time and really knowing every piece of equipment in the chain. For that reason, I have a list of tracks I always use, and a handful of headphones/earphones that always get used as I know their biases and can then use that information to tell what is being introduced by the player. For the N3 the two words that come to mind are Neutral and Clear. To me, this is about the best thing you can say about a DAP. I could not discern any coloration that was imparted by this player. It might lean just a touch to the warm side, but again this could well be my other choices rather than the player itself. Clarity was better than expected with micro-detail being well rendered. (Admittedly this was evident mostly when using the device as a DAC into my home system). I do think perhaps the DAC chip is slightly better than the opamp it is paired with for earphone listening as I could pick out more detail when using the N3 as transport or DAC with the USB to coaxial than when listening directly from the 3.5mm output.

Sharp is great when paired with a planar like the Fostex or Alpha Dog. Very fast attack and decay with lots of treble sparkle and good slam. Probably the least musical of the filters and the most obviously “digital” sound signature but quite possibly my favorite of the bunch.

Short delay sharp is a bit more laid back, slightly smoother around the edges but retains some of the sparkle and edge of sharp.

Slow = smooth. All the sharp edges are gone and what is left is thick and warm. Might be best paired with a headphone that tends to get a bit harsh as it smooths out a lot of roughness. Unfortunately for me, it also masked some of the detail and was probably my least favorite.

Comparisons: (Battle of the 3s)

N3 vs Fiio X3ii
Soundstage – N3 (much larger than X3)
Power Handling – N3 (but not by enough to make it a huge difference)
Sound – N3 – Clarity, more neutral and better dynamics than the X3.

N3 vs Xduoo X3
Soundstage – N3 but not by a lot. Pretty close to a dead heat.
Power Handling – Xduoo X3 – the N3 has to use the high gain setting to drive earphones as strongly as the X3 can at lower gain setting. It should be noted though that the N3 has a much blacker noise floor when compared to the X3 and is a better choice for highly sensitive headphones.
Sound – N3 – easily a clearer more detailed sound from the N3.

Conclusion:
Since keeping the review sample was not an option, I am left with no choice but to purchase a Cayin N3 and the optional leather case, as should anyone who wants the most versatile and useful DAC/DAP on the portable market for $150. While the N3 isn’t perfect, it does an awful lot of things very well. You might even justify buying more than one as you could have a portable machine for on the go, a USB DAC/amp for your laptop, and a transport for your home system all for less than $500. Name me one other device that can do all those things well and still cost you less than a good set of headphones?