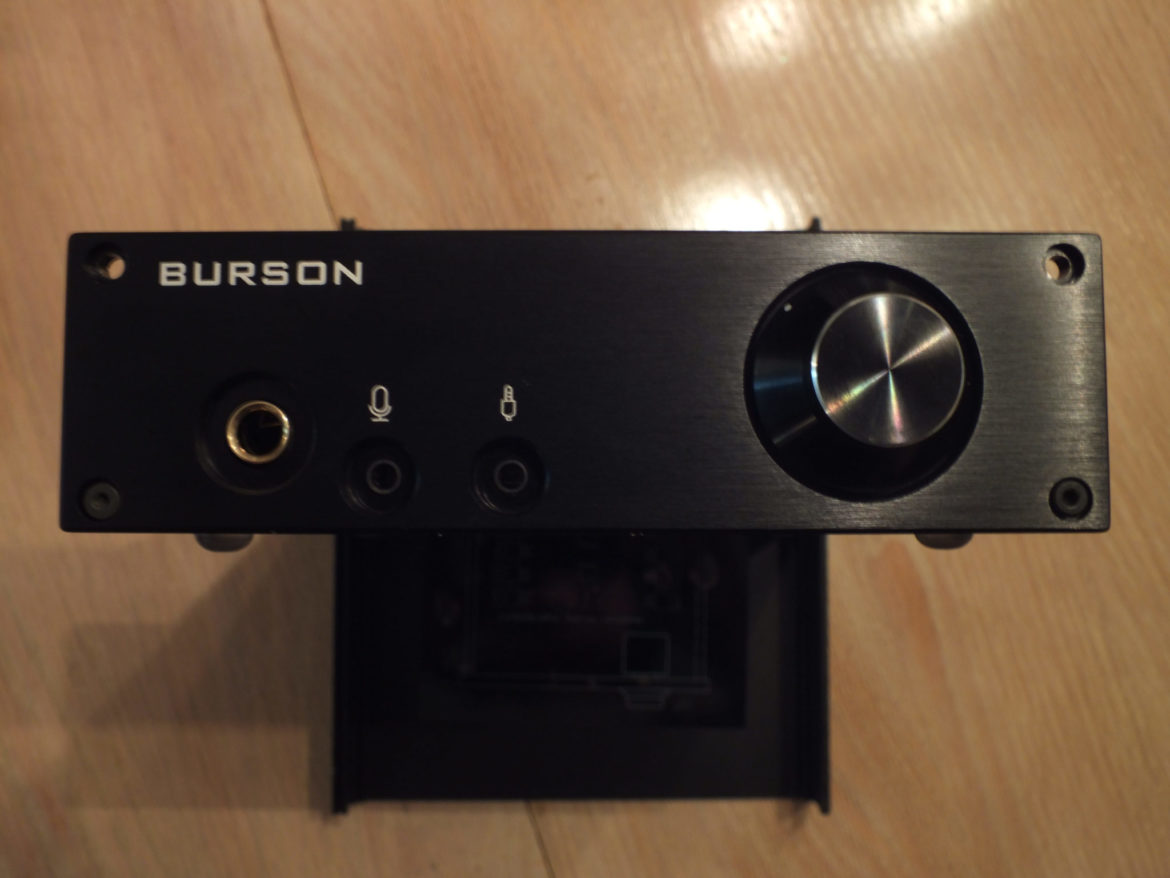 Sometime back now, I reviewed the Burson Play and found it to be a solid value and a very versatile DAC/AMP.  At $399 for the base model, it still represents great value for those looking at desktop DAC/AMP combinations.  The only real complaints on the Play,  were the lack of upgradability of the DAC and the limits of the DAC to DSD256.   In today’s market, DSD512 playback is becoming more common and some will skip over the play for that reason.  This is a shame as the Amp section of the play is very good and offers a lot of customization options at a reasonable price.    I had mentioned that in my initial notes so when Burson came out with the Fun, they sent me a note asking if I would like to review it.  I jumped at the chance.

A few weeks later, both the Fun and the Bang arrived at my doorstep.

The Fun is basically exactly what I had requested, all of the goodies out of the play except the DAC so I can pair with my own DAC.

The Bang is for those like me who use desktop speakers instead of powered monitors with their computer audio setups.  Paired with the Play’s or Fun’s pre-amp outs, the Bang provides 40 watts RMS of clean two channel output again with customizable sound using Bursons V6 family of Op-amps.

In this review, I will cover the Fun, for the Bang, please see this review.

Burson ships all three of these siblings in a black pressboard box with the details of what is inside on the top.  Inside the box the main unit is protected by closed cell foam in the center of the box with a small accessory box on either side containing connectors, power supplies, and an allen wrench for opening the case should you want to change op-amps.   While not the heartiest box on the market, it does a good job of protecting the device for shipment and should last well unless used repeatedly for shows etc.  (I’d advise purchase of a pelican style case for such purposes).

The Fun ships with very few extras, but it really doesn’t need many.  In the box you will find the power supply, main unit, a set of RCA interconnects, a 6.35mm to 3.5mm adapter, and the allen wrench for removing the unit cover.

All three siblings share very similar black anodized aluminum cases which fit in a 5 ¼ drive bay in a PC if desired.  All have a Molex connector for powering from a PC power supply in addition to a connector for an external power supply (provided with the unit).

Each sibling has different face-plates depending on the controls and jacks present.  The Fun lacks the digital display of the Play while the BANG lacks any front panel controls at all.  On the front of the Fun (from left to right) is the power led, a 6.35mm headphone Jack, a 3.5mm microphone input, a 3.5mm Aux input, and a large volume knob.   The rear face from left to right has RCA inputs, the external power jack, molex connector for PC power, Power Switch, microphone output, and Pre-amp output RCAs at the far right.

The upper half of the case can be removed by removing the two upper screws on both the front and rear faceplates.  I found that loosening the lower screws about ½ turn aided in lifting the top without scratching the inside of the face plates in the process.

The inside of the lid has a diagram that details the components and positions of each.  This is particularly useful when changing op-amps. This is certainly a nice touch as manuals are often nowhere to be found when one sets out to change op-amps etc….

The Fun uses 4 distinct MCPS circuits to feed the Class A dual mono circuitry.  Those familiar with the Conductor V2 will recognize the Amplication Circuitry of the Fun as it retains the same design.

I found when stacking the Fun and Bang a Seasonic SSR-600TL 600 Watt fanless PC power supply did a good job of running both without any stress to the supply’s voltage rails.

I also got interested in the microphone pass through as few desktop products account for the microphone used by gamers today.   The Fun goes part way there.  It does not use a TRRS plug to pass the mic through the same port as the headphone audio data, but does provide a 3.5mm input and output jack on the front and rear respectively.   Following the wiring internally, the microphone is simply passed through the case with no processing of any kind done to the signal by the Fun.  My immediate thought was that running the mic cable next to the power supply circuitry might create some audible noise but I was unable to create any audible effect even by moving the cable directly over the middle of the capacitors so this does not appear to be an issue.  For those non-gamers, this will probably be the least used function of the play, for those more inclined to computer gaming, both the Fun and Play offer the mic pass through which is a nice touch.

The sound is for the most part a function of which DAC or soundcard is used to feed the Amp and the op-amps you choose.   The Fun can be ordered with the NE5543 IC, Burson’s V6 Vivids, V6 Classics.   Other op-amps are pin compatible and I’m sure about every possible combination has been tried on Burson products at this point as they have long supported and encouraged Op-amp rolling.

I have previously written up the Burson V6 products here, so wont re-write all those details again.  I did roll all three combinations that Burson offers as factory options and found that I prefered the vivid to the other two offerings although not by a huge margin.   With the V6 vivid installed, the Fun imparts just a little warmth that gives the amp a good synergy with a dac that is a bit on the cool side.  I found the Fun to pair better with the Bifrost than the Apogee Groove for example.   The Apogee faired better when the 5543 Op-amps were used as they didn’t introduce additional warmth.

As shipped with the NE 5543s, the Fun provides a near neutral signature with good extension on both ends and a very slightly forward treble.   I found it to be a good pairing the the Campfire Cascades and the Mr Speakers Mad Dogs.

It should be noted that like the Play, the output impedance is listed as 6 Ohms for the headphone output but measurements I did never found anything over about ¾ ohm.

So now you have options, Play around, have some Fun, or Bang it out on your speakers, either way Burson has it covered.