First off, a heart-felt thank you to George and Gearbest for providing these headphones. New gear is always fun and the opportunity to try out gear as it comes to market is indeed a privilege. https://www.gearbest.com/earbud-headphones/pp_774589.html

A short note about me: I am a music enthusiast, and audio hobbyist. I make no claim to have the level of experience of some here. I tend to be quite pragmatic and value oriented.. I am a lover of blues, jazz, and rock music and listen to a very broad range as I am always interested in what is new.

Sometime back, I started a series of Bluetooth reviews and it has become a deluge. I have received no less than twenty Bluetooth sets in recent months since posting the first in the series. Some have been good, many have been terrible, none have been spectacular, and few deserve the term great. The good news is I am getting good at knowing what to look for, the bad news is that is because so many do things so badly they cannot be ignored and you are reminded of how important it is to do even what seems like minor things well. This brings us to the Bingle Fb60. Honestly when George told me he was sending them, I didn’t expect much. They just looked cheap and for $15 how good can they be?

The packaging did nothing to remove my preconceived notions as it was crushed in transit and consisted of a very thin paper box with a plastic tray that looked to be made of recycled water bottles (the thin ones at that). Inside the tray was a small cloth bag with a set of earphones and a charging cable (micro-usb) included along with two sets of spare tips. A rather Spartan arrangement but I am reminded it was $15 and the bag is a nice touch. 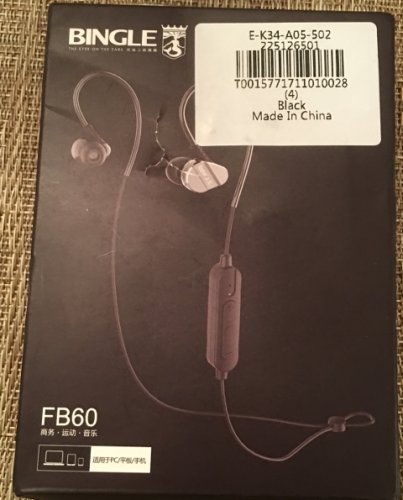 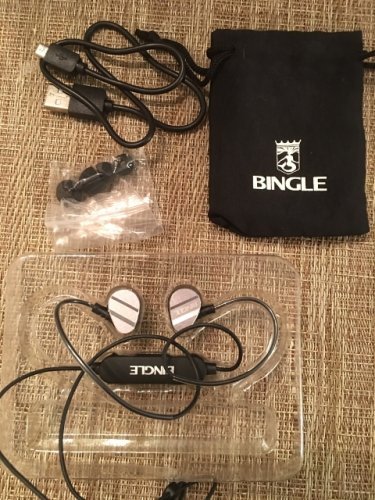 The earphones themselves have a metal outer housing with a plastic interior and a slightly forward leaning 5mm nozzle. Standard tips fit. The wire is coated in a soft rubber with a small control box/battery/microphone on the left side and a chin slider below it. The slider can be moved to any point on the length of the cable but cannot be removed without breaking it open if you want to remove it. The remote itself is a 3 button with the center button controlling on/off/pause and the upper and lower buttons being used for volume control. The box itself is coated in soft rubber and does a good job of reducing microphonics caused by movement. The weight is very slight and lends to an overall comfortable fit for long wear. 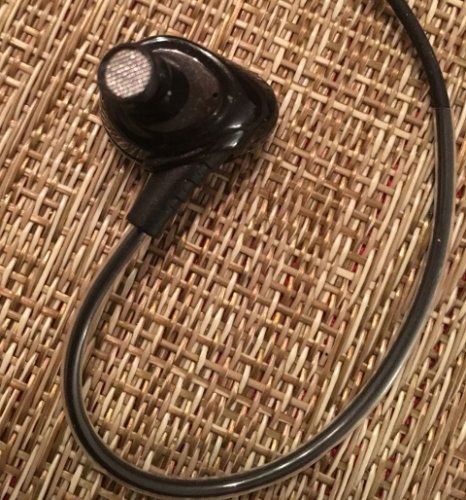 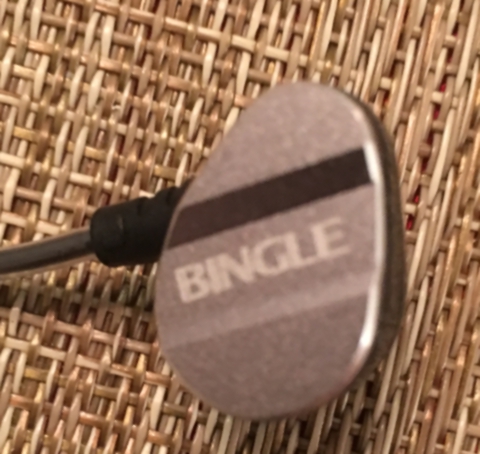 When I first turned on the fb60 I was greeted by a pleasant female voice in Chinese. I checked the manual and found no option to change the language so I was stuck with trying to figure out the controls without the benefit of voice prompts. Luckily the pairing procedure is pretty standard. A long press of the middle button puts the device in pairing mode and the led blinks red/blue to indicate it is ready to pair. I had no difficulty pairing to my Cayin N3, and I-phone 7, and an HTC m9 android phone.

The buttons worked as advertised with all devices and lag was less than most on the volume controls but still showed a bit of delay on the pause/resume function. 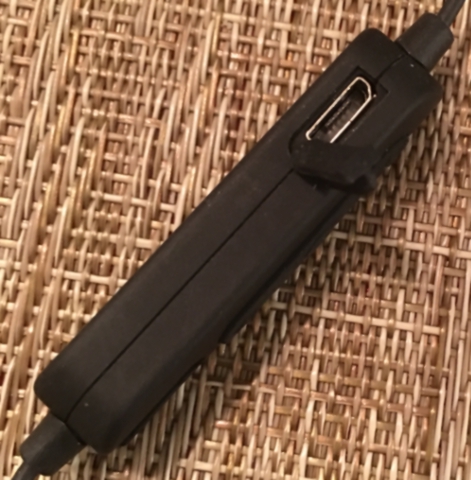 The thing that I found amazing was how well the Bluetooth works. I was able to move around the house or office with little or no regard to where the source was without any loss of signal. I moved 30 yards away from my i-phone and it wasn’t until I moved behind a concrete barrier that I lost signal. Interior walls did not defeat the signal unless more than 1 was directly between the earphones and the source.

I have since bought another pair of these to cut the ear-buds off to make a Bluetooth cable out of. I like this bt implementation that much. Others could learn a good bit from this. It is easily the best Bluetooth implementation I have seen in a device under $100.

Sound:
It might sound like I don’t like the sound of the fb60 based on my comment above about making a cable but the truth is, they sound pretty good too. They are V-shaped and do not have a ton of detail but for a gym or workout headphone, they are more than adequate and for many they will be a distinct step up from the earphones that came with their phone.

Bass: The bass on the fb60 slightly overstated but not obnoxiously so. Sub-bass is present but only barely. I didn’t find that the bingle responded to EQ below about 70hz and I could not bring any additional sub-bass forward in the mix. Mid-bass is a bit loose and bleeds into the mids considerably.

Mids: The lower mids are colored by the bass bleed while the upper mids are recessed when compared to both the treble and bass giving the fb60 a signature somewhere between a V and U shape.

Treble: Treble is well behaved without being sibilant or strident although they do not have a much sparkle and cymbals are only passably rendered. Treble extension is decent, but not spectacular so don’t expect a lot of air or sparkle.

Soundstage is small due to the closed back design and instrument separation suffers as a result of the stage size.

Overall, the sound of the Fb60 is tuned toward rock or pop with a V shape and an aggressive mid-bass. Most of the non-audiophile friends and family enjoyed them.

I had initially expected the 2 hour specified run-time as a limiting factor to the usefulness of these headphones, but was pleasantly surprised when they lasted closer to 4 hours than 2 on a charge. I found I could listen pretty much all day at the office by the time I had to take them on and off without having to recharge. For a device as light as these are, I really didn’t expect this kind of battery performance.

I found they stayed in place well, had reasonable isolation for use in public, excellent Bluetooth connectivity, great battery life, and a very listenable warm V shaped signature and oh, yeah – they were $15. That makes these an easy recommendation, they do an awful lot well at a price point that won’t buy you a decent meal these days. To me, that makes the Fb60 something special.